Skip to content
According to the documents of the Cayman Islands court, the bank led by Credit Suisse Group won a court order to dissolve the entity controlled by the Lu Zhengyao family chairman of Ruixing Coffee in order to recover the outstanding debt of US$324.1 million. 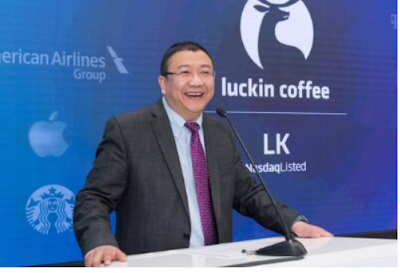 Judge Raj Parker will issue an order to liquidate Primus Investments Fund and Mayer Investments Fund. According to the ruling of the Cayman Islands court on June 16, these two entities held shares in  LuckinCoffee, which was ultimately controlled by the Lu Zhengyao family.

The court rejected Primus and Meyer’s request to dismiss the liquidation petition, allowing them to repay the debt by refinancing or selling assets, saying there is no credible evidence that the debt will be repaid within a reasonable time.

The judge said in the document: “There is no evidence that if the bank is willing to exercise its contractual rights in advance, the debtor can fulfill its contractual obligations.”

According to people familiar with the matter, banks including Credit Suisse and Morgan Stanley have received about $210 million in the past two months by selling Lu Zhengyao’s stock of  LuckinCoffee as a mortgage, and the loan for the founder’s margin still faces 3 Billions of dollars.